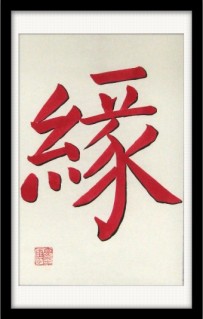 In my last post I wrote about what my plan would look like for my birthday on Saturday. I had a feeling that not would go according to plan but I was ok with that. My main focus was just to go with the flow and see where the day takes me while using my plan as a guideline.

Once the clock struck midnight I a got a few texts and some phone calls. I always enjoys these. Most of them were to wish me well and tell me that I should not be alone on my birthday. My response back is, like it always is, “it is just another day”. Most understand this. However, I did have one friend blow my mind. She not only told me that I am never truly alone on this day (because too many people think about me) but that reason why this is not just another day is because 36 years ago I survived…and I have been surviving ever since. That is something to celebrate. I had no defense for this. So it ended up being something I thought about all weekend.

I went to bed late as I knew I would. I wanted to take Rocky out for walk so I set my alarm. This did not end up working because at 7am there was a thunderstorm closing in. This drives my dog nuts. He cannot stand the sounds and he gets frightened. So I have to get up and calm him down. Eventually I have to put him in the basement where he cannot hear the storm. I go back to bed and pass out until about 11am.

By this time I am starving. I clean up and take care of Rocky. I am by no means rushing. The World Cup match that I wanted to see is listed to start at 1:30pm. So I figured I have time. I leave the house at about 12:15 to get to I-Hop. I am blasting “Billionaire” by Travis McCoy and Bruno Mars in my car. I get to this place and it is packed! This seems to be typical for I-Hop considering how good their food can be. I end up waiting for awhile patiently and I am finally seated close to 1pm. I am still not in a rush. I figured it would be ok to miss a few minutes of the match. The food comes and things are great. Those crack cakes are the bomb!

So I get home at about 1:40 only find out that the match really doesn’t start until 2:15. So I relax and chill with my dog. The World Cup match between USA and England was a good one indeed. Highs and lows that end up in a 1-1 draw. For those who may not know much about fútbol (soccer), this was a good result because so many people think that the team from England will go far in the tournament.

After the match I realized that I had to get going because I wanted to make the 6:30 showing of The Karate Kid. My dad calls me at 5pm. I always enjoy talking to him and before I know it…it is almost 5:30. Now I had to decision to make. I will most likely have to go to the 7:00 showing because once I get to the mall I want to go shop with some of my birthday money.

My first stop is that Comic-book Store. I haven’t been there since right before my trip to DR. I had received in email when I was in New York City from them saying that I need to pick up the books in my reservation box before a certain date or my comics will be put back on the shelf. I figured things were good because I had already been there and I emailed them that will pick up my comics soon since the message clearly stated that any response would delay my reservation from being cleared.

So when I get there the guy tells me that my reservation box had been canceled for failure to pick up. I am like..wtf. I spend a lot of money on this store and I sent you an email. I will give it to the guy, he had great customer service. I didn’t press him all that much at all because in reality I was not all that upset. He was very apologetic and offered to restart my reservation and personally search for every lost item. Then suggested mail service. In the end, I told him I will think about it and I walked out. As I left, I kinda grinned. This may have been a blessing in disguise. Do not get me wrong, as much as I love comic books I should be sad but, I also know that once you become a collector…your collection owns you.

I head to the Apple Store and get a gift card and then I head to Express Men to cash in a a birthday coupon. I put my stuff in the car and I head to the theater. I had already bought my 7pm ticket when I got to the mall to avoid the possibility of the show being sold out. I grab a seat and wait for the previews. As fate would have it, I notice that two of my good friends walk in with their 2 children right before the previews begin. I grew up with these 2 in the Bronx. It just so happens they are SU alums and live in the area. Clearly, I get up and join them! They were happy to see me and we watched the movie.

The Karate Kid was worth every penny I paid. I could not help but to smile and think about how I ended up not going to the movies alone and to make it even better, they refuse to let me eat dinner alone.  So after the movie, we go to Pizzeria Uno and have dinner. It was great to catch up with old friends and their children who are still very much used to me despite my absence. By the time I get home it is 11pm. I still had an hour to get my personal cake ready. I crack open the Shiraz and Brugal (I promise that I did NOT drink them together) as well as light my candle on my cake. 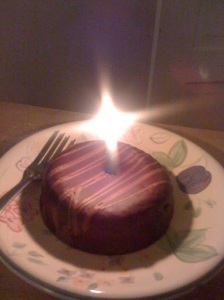 Happy Birthday to Me!

By 11:30pm, I have blown out my candle and I drink the rest of the night away. I consider this to be a very successful birthday…not also to mention the amount of messages left on my Facebook wall. I feel very fortunate and will try to make this year special.

Sixty Nine years ago today a boy was born in New York City. His mother from Puerto Rico and his father from Ecuador. He grow up in the Bronx with 2 sisters. He had a a hard childhood which he had to endure a strict mother and an abusive alcoholic father. His survived the streets of the Bronx. His name was Arthur.

Because options were limited he had to join the Navy. Lucky enough it was not during a time of war. He served many years. After active duty he returned to New York with a trade. Got a job with Con Edison and the married for the second time. In 1974 he bore a son.

That man is my father. The one who taught me most of what I know now. During and after a very difficult divorce, we was able to guide me through High School and College. Always telling me that I owe him nothing because, after all he was doing his job as a father.

I felt the closest to him when I had a terrible break up with an ex girlfriend. I was the first time I really felt that him and I had a shared experience. He knew what I was going through. He empathized with me. It was the first time that I actually cried because he comforted me.

Since then, I stopped being the kid who rebelled against his parents. I wanted to be the kid that parents talk to their friends about. I think for the most part I was. I believe I was there for him when he was diagnosed with Cancer, due to the work he did for Con Edison.

He has survived that and continues to survive the brutal weather of Sunny Deltona, Florida. Happy Birthday Papi. I love you.