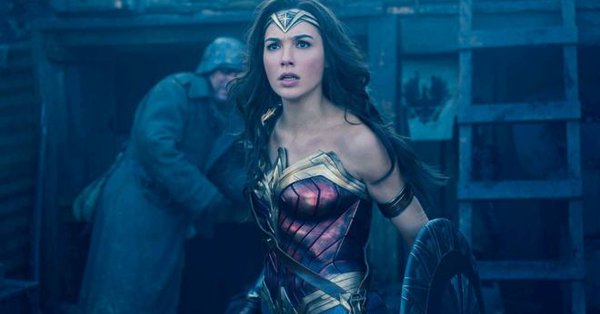 There are going to be a lot of spoiler free reviews and I will admit to you that this is not one of them.

I consider myself a bit of a comic book movie connoisseur of sorts. I generally tend to watch what new comic book movie come out with a few exceptions. I knew, just like most people, that Wonder Woman would be one of the most anticipated movies in a long time. I’m sure someone will correct me if I’m wrong but I think is this the first woman lead superhero movie since Elektra in 2005, which means there was a need for this type of movie.

So right to it, Wonder Woman is the best movie DC has produced since The Dark Knight. I have this ranked #3 on my Comic Book movie list on IMDB right under Captain America: Winter Soldier.

Why so high? Here a few reasons why: Storyline makes sense, cinematography was incredible, casting was great (with one flaw), the fight scenes were awesome (her lasso though!), there was an emotional connection to the characters, and there is a high re-watchability factor.

The fact that this takes place mainly during WW1 is practically a new concept considering most golden age heroes all debuted during WW2. What makes sense is that the first world war was genuinely considered to be the war to end all wars. It was a horrible war with unspeakable horrors which makes it a perfect stomping ground for the God of War, Ares. (Spoiler time) What I enjoyed was the fact that they combined two of Wonder Woman’s origins in the end to explain who she really is. Hippolyta creating Diana from clay was an old story that (in the movie) we knew was lie since it was stated Zeus died from fighting Ares. I was happy to know that movie stuck to the origin of her being the actual daughter of Zeus which opens so many possibilities and makes her scenes in Batman v Superman even more legit.

I enjoyed the historical format. It’s a similar film to Captain America: The First Avenger with less fanfare and no Tesseract. She wasn’t fighting high tech solders but she was resisting patriarchy at every turn. As a nerd, I loved the depiction of trench warfare that made WW1 so horrible. Wonder Woman was able to bust through all enemy lines until she met Ares.

Let me stop here for a moment to also point out that what makes this movie better than the previous DC movies is the fact that there were light hearted scenes with Diana and Steve Trevor. Those moments provide the audience with a emotional connection that becomes important later in the movie. I think it’s also important that they let Diana be a woman with emotion and reason. She wasn’t just about kicking ass, she was about caring for the world around her.

I mentioned earlier that there was one casting flaw. Keep in mind that there are people of color in the movie (I loved Sameer and The Chief) including black Amazons. While some people wished that Nubia was in the film, I would like to think that there will be in opportunity to see her down the road. Anyway, so Ares (in my opinion) could have been casted better because I feel like he looked too much like Mike Mclintock (Veep) but I did love the fact that the God of War took the form of a politician. I think that is both poignant and ingenious.

This a must see film that I believe drops socially conscious hints through out the entire film. This does not mean I have new hope for The Justice League but at least we know there is now a gold standard with Wonder Woman. 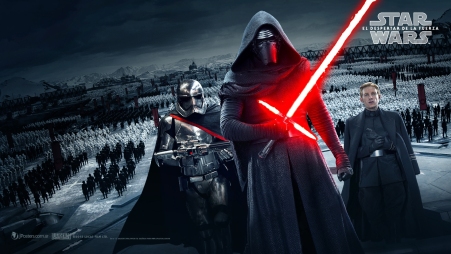 By now, you’ve either seen it or heard about it. Maybe you’ve even read someone’s review of it. I feel that I need to say a few things. I won’t spoil it for you if you happen to be one of the few people who hasn’t seen Star Wars: The Force Awakens but I will tell you about how I feel about this movie and it’s importance of Finn.

There are tons of things that happen in this movie. I will not spoil anything major but there is one minor spoiler about Finn I will mention towards the end. So, if you haven’t seen it and want to know nothing about anything, then come back when you’ve viewed the flick.

First, I loved this movie on the first viewing. I plan on seeing it again tonight and highly doubt my attitude about it will change. One thing is for sure, this is not your father’s Star Wars. This is also not the Millennial Star Wars either. What we are witnessing a true re-branding of a franchise — a passing of the torch in many respects.

The three heroes are Finn, Rey, and Poe Dameron. They represent the diversity of this cast that is far cry from either trilogy. While black women are still virtually invisible, we finally see an Asian cast member (Ken Leung as Admiral Statura). BB8 represents the improved technology in the galaxy as well as in film making. But more importantly, J J Abrams represents a step forward in direction.

Let’s talk about the obvious, this movie is leaps and bounds better than anything we’ve seen before in terms of cinematography. The angles and shots are completely new. I just imagine myself watching all 7 episodes (which technically I did because I saw all 6 over the weekend) and noticing the stark contrast of visuals. Not to mention that the storm troopers have better aim (they actually hit someone).

The villains were OK. I really wished I got to see more of Captain Phasma. I really wanted to see her lay waste to anyone actually. Kylo Ren is not bad but came across as a Sith child that needs more training and discipline. However, he does some pretty unique things with the force that I love. I’m not sold on Supreme Leader Snoke. I will just hope that the next film lends more to their character development because, after all, this episode was designed to introduce us to the heroes.

As far as our heroes…

Rey is a bad ass. I love her character and her inquisitiveness. She is very talented and knows way around mechanics. Poe Dameran is the best pilot in the galaxy, period. Then there is Finn (minor spoiler time) who is storm trooper who fights against his programming to become something else. The problem that I’ve heard people say is that since he was assigned to the sanitation unit before his first mission he is nothing more than a glorified janitor and that we’ve all been fooled to believe he was going our black Star Wars hero.

Finn’s role is important. He is a storm trooper fighting against his programming. Why does that resonate with me? I think that we as people of color fight against programming every day with standards of beauty telling us we are not attractive, or white supremacy telling us we are less then what we are, or patriarchy telling us men are better than women. We fight our programming everyday and yes, most times are first instinct is to run. Finn may not be a Jedi but he is still human.