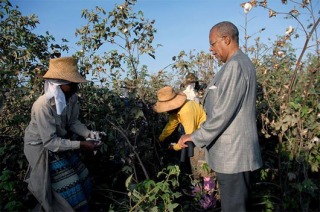 I have been thinking about this for a while now. Let me preface this by saying that this blog post is about 2-3 weeks in the making ever since “Black in Latin America Mexico & Peru: The Black Grandma in the Closet” aired on PBS. My whole thought process about this has been festering since then and I have not been able to devote the time to really express how I feel about seeing this episode.

I think that the Black in Latin America series was incredible to begin with. There was not a single episode that was not simply amazing in terms of the amount of information presented. This was a ground breaking series that all history teachers need to show their students. I enjoyed it so much because it made me realize that there so much more that I need to know about the plight of the Afro Latino. Each episode was filled with information that I enjoyed very much to tweet small bits of information that we all should remember.

My world view never really changed in any of the first 3 episodes. Most of the documentaries were not really surprising to me. Racism is prevalent in just about every Latin American country. It is a fact that most of the slaves went to Latin America and this series made it a point to reference that all the time. This becomes important when ignorant people begin to state that African Americans and Latinos do not have a shared ancestry. It even looms larger when Latinos in general start saying they are not black.

This brings me to the final episode to this series in which the two countries highlighted are Mexico and Peru. I want to say that I knew about Mexico and it’s treatment of their Black Mexicans. I personally wrote a blog about Memín Pinguín and how racist those images are. So, nothing this documentary said about Mexico really surprised me.  I was actually proud of myself for doing that type of research, but nothing prepared me for Peru.

Let me talk about El Negro Mama, which is basically a minstrel show that is shown on prime time television.  This is character that portrays Afro Peruvians in such a negative light. This is worse than any black face incident or nonsense I have ever seen. I wont get into it as much as this blogger did, but needless to say this was something I was not even expecting. I plan to do my research on this and write about this properly in time for Latino Heritage Month.

The thing that had me really upset and reeling before they even showed El Negro Mama, was this one simple fact: Afro Peruvians pick cotton in the very fields that their slave ancestors did for $5 a day. This is something that I cannot even begin to wrap my mind around. It is one thing to have blatant and apparent racism in your face everyday, but to do that same job that your slave ancestors did? That is such a slap in that face and what really breaks my heart is that this is probably one of the better jobs one can get if you are black.

Think about this: people of color in the United States have it good. If you are working in a shit job and complain about how horrible work conditions are then I suggest that you shut the fuck up and realize that there are people who look like us practically being enslaved on this side of the planet in the year 2011! It makes me angry how people do not realize the implications of this. Sure, Peru is the only Latin American country to apologize to its black population about slavery but what does that really mean? Is it still ok to apologize for something you did wrong and continue to do the same things.

After that day I was ready to boycott Q-tips. Of course, I say that not knowing if Unilever (the manufacturer) actually uses Peruvian cotton. Trust me I did look this up and while I do not think so, it was the only thing I can say to raise an eyebrow and get a chuckle. I firmly believe that humor can be a way to spread awareness because the alternative is anger and that will not do me good.

So, I had been brooding about this weeks after it aired on May 10th. I was thinking about all this so much that when I was at a reception a week later, I stated to a group of friends and colleagues at the table I was sitting at that I was planning on boycotting Q-tips. Now, this was a joke. I was just pissed about the whole picking cotton thing and we were talking about this documentary. What makes this story hilarious was that at this very table was the Dean of Student Affairs (my boss’ boss). I know him personally and he is a great guy but all he asked was….why are you boycotting Q-tips?

This of course this made me laugh as I had to carefully explain with no curses what this documentary was and what they had shown. His reaction was really serious like….“so Q-tips uses this cotton?” I wanted to bust out laughing and I told him that I was joking. But, I appreciated that he understood where I was coming from.

So where does this leave me? It leaves me with the feeling that I need to learn more about Afro Latinos. My world view has changed a bit, at least when it comes to South America. Of course, I know that Latinos are a complicated people, but there cannot be a time in which any of us really believe that it is ok in this day in age to treat others like second class citizens. More importantly, it is the mentality of many of the Afro Latinos that do not see how they are being oppressed is what makes this even more tragic.

I plan on buying this series on PBS.com and I highly recommend that you all watch these episodes which are available here.