The dust of graduations have now settled and I can finally look at this blog and admit to myself that it’s been more than a month since I’ve made an entry.  Of course, this hasn’t been an accident. While I cannot say that it has been by design, I’ve maintained a certain amount of “radio silence” because there’s just too much happening in the world. There is also too much happening in my life.

Not that this has been a viable excuse but the writer in me has been search for meaning. I have been trying to find it within myself to continue to do what I do. So it has taken me more that a month to reconcile this. Perhaps this is called a writer’s block of sorts but I’m not so sure.

I have been writing but just not to the degree that I want to. What I have been doing is thinking, contemplating, and assessing. The world we know right now is in chaos and I don’t want to be one of those bloggers that will complain about everything because it’s too much. There are no quick fixes and my words are not enough. Instead, I’m refocusing my energies in world building.

So, my third novel is not flowing out of me the way it should and I refuse to force it out because then it feels less authentic to me. What I’ve been doing is trying to think my way around this problem. I will write dialogue or perhaps start a chapter from a different spot in the story. Sometimes it works and sometimes it doesn’t. For the times it doesn’t work, I’ve been reading. Granted, my time for doing shit that is just about me is limited these days so I will not pretend that when I say I’ve been reading and writing it means that I have a plethora of time. All these “creative breakthroughs” happen when I get time to be creative, which is not much at the moment.

World building has taken up much of time and not just for the 3rd book. I was struck with an idea that I don’t want to share much of but only to say that I haven’t decided if this will be a YA novel or a comic book. I’m leaning toward the latter which will mean several things if I get there. I want to make sure that, if I do indeed pursuing this, I have all the points to this story fleshed out. I won’t even go into how I have no clue how to write a comic book (so I will have to Google that) and how I will need an artist to design my thoughts and characters.

Hopefully I can world build my way out of this. 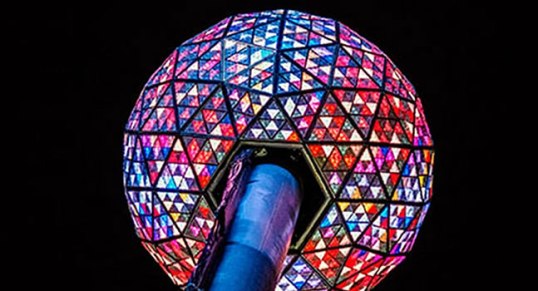 As much as I would love to stab 2016 in the eye, I should be happy to say goodbye to such a horrid year. I actually went to a Thesaurus to look up synonyms for horrible so I don’t have to say the word so much in describing 2016.

I’ve barely had time to go over goals for 2017 but I’m satisfied with what I came up with. You may know that I don’t do resolutions so I create goals instead. I set 10 goals that are totally achievable and while some objectives are harder than others, these are promises that I make to myself and thus I have to hold myself accountable.

As per usual, I looked back at the past year to see how well I did. I noticed that I’ve achieved less than half of the goals that I set last year. The more important goals surrounding The Book of Isabel were achieved but I fell short on my overall targeted intentions in 2016. This a first for me so that might explain why I have been so somber over the last few months. I need to do better and hopefully these 10 goals will set me straight.

While I don’t put these goals in numerical order, finishing book three is at the top of this list. I feel like I slacked in overall writing this year and the only way to bounce back is to hit the keyboard hard next year. Chapter One is almost done and from there it should be smooth sailing until I’m done with the first draft. The only problem is that I don’t know how long this book will be.

This makes me think about the my failings in blogging this year. Not one Huffington Post article and I failed in posting 50 posts on this site. I usually put out something on the Huff but I just haven’t been feeling the whole part of blogging for another platform and not getting paid for it. In any case, I need to blog more on my page. Sure, I revamped my webpage but I lacked the commitment to give my readers more material. I would like to change that.

Since I’m talking about my failings in writing, I really need to get on my short story game. I’m my worst critic and with all the stories I wrote, I’ve released three of them on Wattpad. I was not ready. I still think my writings and my stories are amateurish at best. I need to believe in myself more. If I can do that, I can feel more comfortable in marketing myself more. Both things need to happen.

Although, the one thing I absolutely did in 2016 was read. In fact, I read more books in 2016 since college (when I was assigned reading). I loved most of the books and that only means I want to continue to read more. More importantly, I want to get back into comic books. I feel like I took 2016 off but I want to get back in the saddle. Thankfully I have Comixology for that.

This one is a long shot but… I think I want to get into Podcasting. I love listening to Black Girl Nerds, Black Comics Chat, Fan Bros, and Nerds of Prey. I think I can offer something to the conversation when it comes to Latinxs and comics. I will look into this one. It might be time for this.

Of course, no list is complete without mentioning that I need to move. Yes, this is like the 3rd move in three years but hopefully, this will be my last one. I need a new apartment that is hopefully close to work that will also allow me to get back to my running routine. As I’ve gotten older, I’ve been establishing routines and running was definitely something that was broken when I moved to Mount Vernon (I know, I never wrote about it). However, my current residence has allowed me to reduce a bit of my debt and that is something that will always be a goal.

Happy New Year everyone. Be safe out there.

As I embark on my literary journey, I find it interesting how real life plays out on in fiction. The one lesson that I truly learned in all my English classes was that all writing is autobiographical. I didn’t really understand it at the time but as I truly begin to redefine what writing means to me, I see the meaning of that statement clearer than ever.

I have always thought about writing a book. Lord knows that I have talked about it for way too long. A few years ago I start writing short stories sporadically. Nothing fancy, straight to the point. Most were sexual in nature and all were based, in part, on the fragility of relationships. To date, I have written 11 stories. One of these stories, however, is missing. I have no idea where it went. It may have died in one of my failed hard drives.

Out of those stories, I converted one into a potential novel that I have not finished yet. Most of that story is in my head and every so often, I will add a chapter to it. However, there is a part of me that feels that I am simply not ready to finish that book yet. The other short stories are something I have been tinkering with. Maybe I will combine them into a larger book and called it a day.

Right now my main focus is to finish a story that I have been working for a little less than a month. It is the most I have ever written in one document. There was a point where I was thinking about a page number that I wanted to reach all the while knowing that a page in MS Word is not the same as a page in a book. For example, I know that roughly 30 pages in Word is close to about 60 pages in a novel. So my goal was about a 110 pages in total. But then I started thinking about it differently. Pages themselves may not matter because it all depends on the content and the words being used.

Sure, I can write “fuck” and copy it over and over for 120 pages on Word, but does that make it a novel? I read somewhere that Stephen King writes 5 thousand words per day. That seems like an insane amount that is necessary for him. That is a full time job to just come up with that number of words everyday. Then it really got me thinking that I need to focus on the amount of words that I feel I need to have. So I looked up the average amount of words that are in a novel and I came up with this:

The number of words don’t scare me. I see this as a goal. As of this blog post, I am at 28,440 words (52 MS Word pages). While this is a fictionalized story, there is a certain cathartic feeling that I get with every page that pours out of me. It gives me hope that I can finish this goal and yet tell a pretty decent story. I suppose that I was always meant to move past a blog to a book since I have written so much over the years. I just didn’t know when I was going to get to that point.

As crazy as it seems, I do have an alternative motive behind this. I feel like I need to leave something behind. I think that this blog and blogs of the past are great but what tangibility does it really leave? Who reads past words if they aren’t relevant anymore? It is not like there is a library that someone one can look up blogs a hundred years from now. I want to leave a piece of myself when I am gone. Something that perhaps my children and thier children can look back at say that they can find a book that I wrote in a Library (whether that be a physical one or a virtual one).

I want to be able to be an old man in either a rest home or a hospital and see actual book with my name on them. True immortality is based on the legacy that is left behind. I can only achieve that if I write.