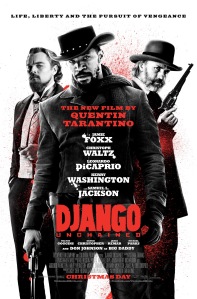 Understand that there are at least a dozen ways for me to see this movie right now for free and I would not exercise that. Mind you, I love movies and I’m a big believer in paying to see movies. I am not into bootlegs or downloaded copies because nothing beats the theater experience. I need to state this because the idea of me not paying to see this movie is saying something. I am not saying that when it come on HBO that I am all over it either but many people are asking me, “what is the big deal about this movie?, why are you SO against it”

For starters I think there are 3 types of people when it comes to this flick. There are the people who saw it and loved it, the people who saw it and were truly disturbed by it, then there are the people who refuse to see it. I am in the last group. I refuse to see this because there is something not right about all of this. I felt that way when I saw the previews months ago. Fine, it is a slave movie that is fictional. Fine, it a movie made by Quentin Tarantino (who loves the n-word). But, a Christmas movie?

That is my FIRST issue and here is why. When I think about Christmas movies, I think about Lord of the Rings, The Hobbit, Die Hard, etc. These are movies that are fanatical and sensational. Movies that are meant to entertain or that maybe you can bring your kids to despite the parental ratings it receives. Christmas Premieres are meant to go out to a wide audience. So that means that we are going to exchange gifts in the morning and watch a fictitious slave narrative with my kids in which the N-word is said over 100 times.

Ok, that is fine, let’s just say say I am reaching with that. Let’s just say that I am being foolish. But, I think about the commercialization of slavery. We are now saying that we can make sensational movies about a very sensitive period in American History. Why does it have to be that way? I am sure Tarantino says he wanted to make a film about a Black Hero right? But, I am quite sure there will never be a movie about the first slave rebellion in the Dominican Republic in 1522. I am even more certain that they will never make a movie about Nat Turner’s Rebellion. So what are we talking about here? The Boba Fett of the Antebellum period?

Yes, there were other movies like Roots and Amistad. Neither of them were sensational and both were telling a story about true events. Here is the kicker though, just when anyone could think that this wasn’t about making money over slavery…we have the Action Figures for Django. So now everyone can play with “Slave Master Bill” and relive the glory days of Slavery. See, I compare this to the part in Fight Club when Tyler Durden renders the fat from the rich to create soap in which he sells back to the same rich people.

Many people do not have a problem with this. Most people will watch what they are told to watch and they buy what they are told to buy. Most people are ZOMBIES because all they do is consume in this world of consumerism. We tend to forget about the past and just do shit because the television said so with no regard for actual critical thought. If you think I am wrong, then let me ask you if it is too extreme to make action figures bases on Schindler’s List? I mean, can’t you imagine little boys and girl playing with Nazi dolls? I didn’t think so. They will never commercialize the the Holocaust nor with they sensationalize 9/11. Yes, they are different, but they were all tragedies that we will never forget.

I guess what really gets me is that people are defending the movie. Saying how good it was and they don’t get the big deal. There was one woman who said that the only part she didn’t care for was the fact that Samuel Jackson always seems to play roles in my movies that degrade his people (huh?). What really gets me is how people have been blasting Spike Lee for his comments about not ever seeing the movie because they think he is a hater (really?). So my question to all the Black and Latino people (yes, white people too), are you are really ok with the misrepresentation of your people as long as it is a cool movie?

There seems to be a goal in “Post Racialized” America to make it seem as if racism does not exist, but it does. You can actually buy it for $34.99 on Amazon. 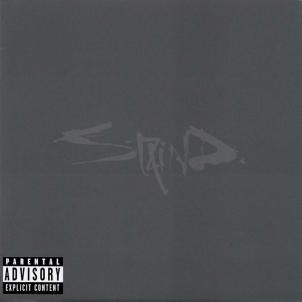 It seems like everyday I’m finding another grey hair on my face. Which I suppose I am ok with since I am deciding to grow more facial hair. If I get tired of it, I can just shave. Yet, I look at it as proof that I continue to survive from year to year.

I often joke that each grey hair on my head is assigned to various people in my life both past a present that have left their stressful mark on me. However, the obvious reality is that I am getting older. I would like to think that my graying hair means that I am growing in wisdom, but I am not sure how true that is. I feel that I make enough mistakes to keep me young. Of course making mistakes is what being human is all about but, making mistakes usually means that one is out there doing new things.

For some reason when I think about the eventual salt and pepper look I will get (which will be a LONG time from now), I think about my maternal grandfather. I kind of knew, by my hair type, that I would be dealing with a greyish look. My dad has a different hair structure (I still compare him to Danny Trejo) that is very flowing and South American. Mi abuelito had hair that was more traditional with afro Latino…

I want to take a pause here because I am trying to not laugh…really. I mean, look at me trying to be all politically correct when it comes to the quality of the hair certain family members have. I could be really honest and just categorize it the way most people do. My father has good Latino hair that flows like Jesus and mi abueltio has pelo malo (bad hair) that flows like brillo.

I think that I will eventually go back to the clean shaven look since there seems to less grey on my head than on my face. I’m really not that old. I’m staring at 39 in about six months and I feel like I am about 25. Truth of the matter is that being grey is not so bad. I feel like most of my life has been different shades of grey (which by the way…I hate that the book has coined this phrase).

Now that I think about, those are not grey hairs. They are white. Maybe, they seem grey when compared to the black hair. I find that interesting. I mean, I have been called racist by white people so I wonder if there is this psychological thing that does allow me to call a white hair white. Maybe, I am color blind in the sense and don’t want to recognize the importance of a certain color so I just call it grey. Interesting thought.

It’s all good. I think have the wisdom to get through such trivial things like grey hairs. I am just glad that I still have my health. I just hope that I never get to a point where I consider using products to color my hair back to black. Do not get me wrong, both Clyde Frasier and Keith Hernandez are both legends but I’m not doing that little “touch of grey” thing that they have been promoting for years.

I think that when people get older they need to own up to their age and just face facts. Getting crap like botox or any anti-aging things will only end up making you look plastic. I mean, just imagine how they will look during the zombie apocalypse. No one wont be able to tell if they are alive or dead AND that is a damn shame.

I am owning up to my impending age. I think I look good. I can’t help but laugh at the fact that when I was younger two things occurred. The first was that I always cried about being the shortest and the youngest. I would always look too young or small for anything and I hated it so much, I could not wait be old (when you’re a kid being old is 19). The second was the fact that I looks so damn young and nerdy, women never looked at me.

Well, I think now I have the last laugh on both cases. 🙂