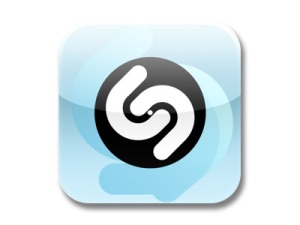 Clearly I am taking this title from a trending topic on Twitter, but I wanted to expand a bit on some of the music I have been listening to. My musical tastes have been all over the place lately. I have found that in my 30’s, I have not been pinned down to a particular genre of music. Just like in my real life, I tend to be all over the place when it comes to my musical tastes. So my heavy rotation consists of music from different types of artists.

First, let me just talk about Alicia Keys and how I cannot wait for her new album “The Element of Freedom”. Something tells me I will be rocking this album for quite a while. The songs that I have heard from her seem to be right on point. Everything that I have been going through or feel seem to be coming out in her words. Thank goodness that her music came out when they did. If they came out earlier, I think this blog would be even more emotional unstable! Her album drops next week I will definitely be on that.

Let’s talk about Lady Gaga. People have been giving me the side eye when I mention I like her music. They think that because she is so awkward with her shows and performances that she has not talent. That is far from the truth. Her voice is amazing and she plays the piano with a grace that you do not see much these days. Let’s not forget the artists in the past who have looked socially awkward at one time or another but are legends now (i.e Prince and Madonna, too name a few). So, for those who think she is a freak, just know she is not going anywhere anytime soon.

Drake is growing on me. I know that may sound weird, but I feel a certain way about hip hop. I grew up with this music and I have a certain affinity to it. I do not like every artist. I am not a huge fan of Jay Z but I recognize that his album is crazy. I cannot get into 50cent although her is a great business man. What has impressed me about Drake is his flow on the mic. True hip hop people recognize flow when they hear it. It does not bother me he can sing. It actually relieve me because no one wants another Biz Markie singing “You got what I need”.

In terms of my other genres, I think that Muse and Switchfoot are 2 amazing bands that have meanings in their songs that I really enjoy. To me that is what matters, meaning to each song. I want to also say the Frankie Negron is an amazing talent that seems to redefine Salsa music with every song he comes out it. I have seen his stage performance and he has that thing that makes people want to dance.

So with that said here is my heavy rotation list. Enjoy:

I have also started listening to Holiday Music…