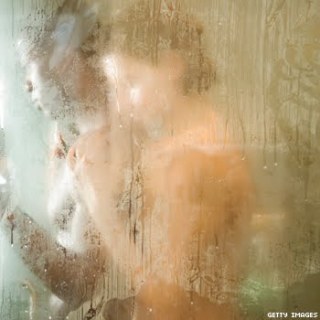 Been struggling with blog topics lately. I think much of that has to do with the fact that I am just writing poetry all the time. Every so often I will get an idea based on a conversation that I will have with someone I know. Of course she knows I am a fellow blogger so I am thinking that at some point she knows I will blog about this. Her questions to be was very vague: What is your opinion on Women?

Not really sure how else I could have answered this. I  like women. They are nice too look at. Some of my best friends are women. So I guess that means I have a pretty favorable opinion on them. However, I am not really sure that was the heart of her question. So I asked her to elaborate.

So then I get asked my feelings on women and relationships. Another broad and very vague topic. I can go in on this subject in numerous ways. However, I am not sure how to go about this. I want to say that women are essential to heterosexual relationships. I really didn’t want to get into the whole theory that women are ruthless and have ulterior motives because, again I am not sure this is what she is really asking.

Recognizing that my answers were very short and not really going anywhere, she asks her real question: Women and Relationships, What do you think our issues are? She goes on to explain that she had a discussion with  her friends about men. One friend went on to say that men play too many games and the other said that a good man is hard to find because most of them are not worth shit. Before I could tell her that she needs better friends, she went on to say that she is just trying to get a male perspective. I did answer her, but I am not sure that I answered this in a way that I really wanted to.

I told her that different women look for different things. Some look for the perfect man while others looking to change the “bad boys”. I left my explanation just like that knowing that I did not go into a further explanation. Most likely because I know I was going to write a blog post about it.

So breaking it down further, I want to mention the perfect man scenario. I love TV and Movies, but I think we are in an age where we put people on a pedestal. Based on what I have seen, some women will idolize male characters on in films or tv shows as the type of man they want to find. This is utterly unrealistic. I am not saying that there is no good man out there, but many times what television and film does not portray are the mistakes these “perfect men” make. This makes it hard for any many to live up to such expectations.

Then there are the women that love the bad boys! I do realize that for someone women, good guys are boring and want some excitement in men that are assholes. It is has been my experience that these types of women are look to change men like this. That perhaps if they love him the right way or teach him how to love it will be a match made in heaven. Unfortunately things don’t work out as well as planned.

Before any of you think that I am blaming just women, just remember that I have said many times that most men are assholes. We make many many mistakes. But it really depends on the women to see us for what we are. All men want the same thing but not all men are willing to work for it. I resent the idea that all men are shit, because that is simply not true. I think it is more likely that certain women are attracted to certain type of man and that becomes a cycle of destruction. However, there are women who do find that right man and it is everything it can be.

Maybe the issues is expectations. Are they too high? I am not sure. Are they unrealistic? I think that is a better possibility.

“Whatever we expect with confidence becomes our own self-fulfilling prophecy.” – Brian Tracy

There is one final thing that I feel I need to adjust in my life. That would be expectations. I know that what I have come to expect of people over the last year and maybe even over the last decade has been to treat me with the same regard and reverence as I treat them. I have come to realize that this is an unrealistic expectation. I may be expecting too much of people.

Perhaps I am expecting too much of myself to think that having faith in people is the best way to go. Now, don’t get what I am saying wrong. I am not becoming this anti social person that would rather be alone. The point I am trying to convey is that trust in people is something that needs to be earned and not given out freely. I think I have done that once too often.

On the other hand, I think that I have come to expect less of family than I really should. Because of my issues, I have come to expect the worse out of people that I am related to. My experiences has always led me to put up a wall when it comes to members of mi familia. There is something twisted about the fact that I may be able to trust or have faith in those who are not related to me rather than trust blood relatives.
My expectations of people simply need to change. Not everyone will have my true intentions at heart. 2010 will be a big year for me in terms of family and it is time that I start thinking about things differently. So far during this vacation, I have been very surprised about how family have dealt with me and my current situation. Where are I thought there would be judgment, there was acceptance. I realized that I should not be surprised when family accepts me.
When it comes down to it, I have to look out for myself now. I have some pretty awesome people in my life but I cannot expect things from anyone. I need to continue to pull myself up when things get rough. I would be lying if I said that I was not scared about what tomorrow will bring. Once I get back to Syracuse, my life becomes real again. There are certain actions and choices that need to taken and made. I am very scared, but it is time to man up.
Not only will it be a new year, but it is a start of a new decade. I plan on starting it with hope. I am throwing all my expectations out the window accept for one. I expect from myself to be a better man. I have my goals in place for 2010. I will be as aggressive as I need to be in order to meet my own expectation. Would I like help? Sure. Do I expect it? No. The only thing I need is for people to have enough faith in me as I have in myself.
Happy New Year!