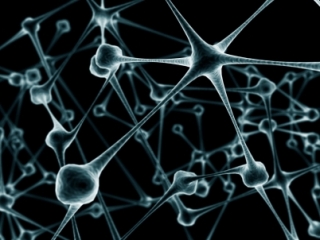 I will never get over saying that things happen for a reason. It has become so apparent in my life that everything is connected by something. While I refuse to think that everything in this life is predetermined by some force of fate, I do think that we are some how cosmically aligned with all the events that occur in our personal lives. I have often thought that I feel as if I am playing a form of chess with the universe.
Then there is that saying that “God gives us enough for us to handle.” This have become more of a powerful saying with every breath I take because the only thing I really do pray for is strength.  There is not merit in me asking God to solve my problems. I fully understand that anything that occurs in my world will work out the way it should.
I think about the events over the last 24 months. The job interviews, the rejections, the success at work, the rebuilding of my resume, the ending of  a marriage, the beginning of a new relationship, the drama, the house selling, the awards, the interviews, the acceptance of a major blog, the new apartment hunt, and the new job. All of the things I listed above have prepared me for my next major thing.
This morning, I found out that my mother has been admitted to the hospital.
This came as a major shock to me. I know that when I interviewed for jobs I talk about my desire to return to my family. I talked about the fact that my mother in not getting any younger. I knew that she had slight health issues due to diabetes but I was not ever expecting a phone call that my mother suffered from what may have been a mild heart attack.
Most of my adult life has consisted of trying to repair the relationship with my mom.  Our complicated relationship stems from a divorce long ago that was damaging. Between her anger at my father and my immaturity we found ourselves at an impasse very early in my adult life. As I have gotten older and wiser I do realize that not everything is black and white.  I have often equated my issues with women to the fact that my mother and I do not get along. I think after my divorce we finally talked through many things and started to heal. I never wanted to wait until it is too late.
Last night I had a very strange dream. I was with my cousins somewhere that was not New York State. I am not sure why we were there but something occurred that I had to deal with for the entire dream. We witnessed the start of the zombie apocalypse. Before you chuckle, understand that at no time did I think this was not real nor was I scared. Somehow the 3 of us escaped to a hotel that was about to board up its doors. We were able to survive for months while we watched the world slowly end.
What was interesting about this dream was that it seemed to last the entire length of my sleep. I was never stressed and we dealt with any issues that came up. What made it interesting is that the living world was fighting back. You could still watch the news as humans and zombies battled. Some of the zombies even talked on television before attacking the reporting crew. It was all very strange and then I woke up.
When I heard the news about my mother I automatically thought about this dream.  Was there significance behind it? I have dreamed about zombies before but this felt very different. I looked up the meaning (which I new before but just wanted to refresh myself) and it read: To dream that you are attacked by zombies indicate that you are feeling overwhelmed by forces beyond your control. Alternatively, the dream represents your fears of being helpless and overpowered. The end of the world could mean many things to people and to some, losing their parents can be exactly that.
Now as she lays in the hospital in stable condition it makes wonder about the events of the last 24 months (as well as that dream). Was this some sort of cosmic plan from the start? Was I meant to get this job at this time so I can be with family at a trying time? This is hard to dispute when I know deep inside that everything happens for a reason.
It turns out she went through a mild heart attack with no damage to the heart. While there will be more tests tomorrow, I will continue to pray that she will be more than ok.