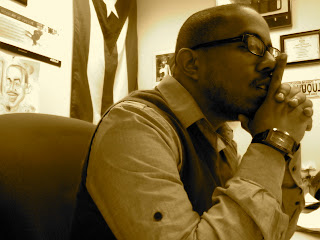 I feel like this is a big month for me. There is countdown clock in my head that is ticking down the days until I get this letter. It is becoming all that I think about. I cannot give myself a real reason why I would not be accepted to Sarah Lawrence College. I really feel that this is a right fit for me.

However, I look back at my undergraduate years and I think about how I could have done so much better. I was so lost in everything that was not my books. I went into college blind to how hard the environment could be. I went away to get away from warring parents. I continue to think that this was the best choice for me. Syracuse University is where I eventually found something within myself.

However, those 4 years were indeed hard. My grades certainly reflected this. I spend the first 2 years trying to figure out what I want to do in life. I took all these liberal arts classes that were ok, but there were some that I could not wrap my mind around. Math was something that always kicked my ass, but it was African American Studies classes that kept me somewhat focused.

Women were foreign territory to me. I had no idea what I was doing and they distracted the hell out of me. I got lucky a few times by fooling around with some girls here and there, but I was so convinced that I was just not good enough. I was not confident in myself despite the fact I may had a few girls who liked me. The one thing that really noticed was the fact that it was only black girls that seemed interested. I spent much time wondering why women of my own culture were not interested.

This was part of me recognizing my place in this world. I began to figure out that I didn’t quite fit in either black or latino culture on campus. In the end, I ended up hanging out more with my African American friends. I felt that I connected more with them, but I was just beginning to understand my own roots. My grades still suffered because I was really not thinking about school as much as I was thinking about just surviving day to day. Sure, I went to class but, I was taking classes in things I really did not care for.

Then, by my junior year, two things occurred. I finally selected my major and I finally got myself a girlfriend. She was not technically my first girlfriend, but she was my first real relationship. In terms of my major, I finally chose English. I also became a student leader on campus and it seemed all things were going right. This is where I finally felt that twinge of confidence. I begin to love my classes and love the person I was becoming. My grades finally improved but, I ended up graduating with a GPA that is not what I call to great.

I think about all of that now and I cannot wish that I could do it all over. Everything that has happened in my past has shaped my present. I am who I am because of the path I walked. So, I have to live with the bad grades because I was just no focused enough. This is why I have such an affinity and understanding with the students I mentor and supervise.  There was no one like me back then. I make the choice everyday to make sure that students know I am here and I have been in there shoes.

My grades in graduate classes are what they should be. I am averaging an A-. Although, it was just three classes, I took them while working, on average, of 55 hour weeks. I just hope that it is enough to sway the panel of admissions or whomever makes the decision that I am indeed good enough.