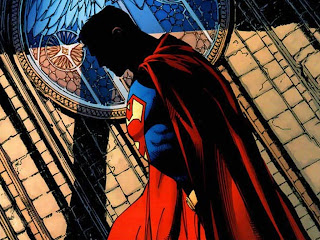 Driving home today I was just thinking about my life in general. I have gotten so used to the daily routine that I am in. It has taken a little more than a year to get where I am right now. I do not have the same worries, but yet I have new thoughts to replace the old ones. I reminded myself today that I have only been officially single for less than 3 months.

Interestingly enough I have only been living alone for a little more than a year. Well, I know I have roommates but I don’t really consider that to be the same as to living with someone you are married to. My home life is not event filled. I come home late, watch some sports, read a book, and if I am feeling good I will play my Wii. I spend much of my time to myself trying to figure out food for me and making sure that Rocky is well taken care of.

I pass the time on twitter when things get interesting on television. It almost becomes a shared experience when I make comments on something that most people are watching. I go to bed late everyday. I do not want to consider myself an insomniac but I do not sleep much. Then again, going to bed early was never my thing. I think it is because I was forced to go to bed so early as a kid that I would just stay awake for hours in the dark listening to my parent’s tv. Perhaps I just rather be awake and deal with reality than to be in a dream that I will ultimately wake from.

I have become a person of routine. I laugh to myself when I am at work late and I say, “I have no one at home waiting for me.” Which is untrue. My dog is waiting for me. Lord knows that if I do not get home in time to take him out, he will leave a present for me that I do not want to open. Still, it is good to come home to a warm reception every night. Sometimes I can tell that he missed me. I found him one day on my bed knocked on my pillow.

I thought about my divorce timeframe today because people have been inquiring lately as to why someone like me is single. First, I am not sure what that means: someone like me. That is to assume that I am special from some reason when most times people don’t really know me. My response is always, I am chillin. I am not sure why the surprise to my singleness. There are some people who cannot be alone. They surf from person to person in order seek the someone who is perfect for them without giving a general thought that maybe the quest for that perfect person comes from within.

It would be less than honest of me to say that I did not think about having a woman in my life again. However, there have been several times in last few months that I have been reminded that being single is probably the best thing. It is hard to fight that urge to think that I need a woman. The truth be told I really do not. I am completely self sustainable.  Not that this stops me from talking with women, but I have been able to observe things and learn how to be the person I want to continue to be.

However, I had been recently thrown for a loop when someone told me that despite my appearance of confidence and the wall of intellect, she sensed a certain sense of loneliness. That perhaps my routine was a simply a way of covering up something that I desperately want, which is to be loved by someone. Interesting. This, of course, left me rather speechless. I had that vain attempt to pretend that her words didn’t invade my soul. So of course, it takes me days to process all of this.

While I am not so sure how true this is, I need to explain that I am the type of person who can feel alone in a crowded room. I have seen myself fade in the background in certain social situations in where I just didn’t feel comfortable or confident. When that happens, I lose all interest and I would just rather be somewhere else. That sounds so very introverted of me when I am very much an extrovert. However, I think that I seem to go back and forth depending on the day (I am such a gemini).

Lonely is such a dirty word. However, I have not failed to notice that 40 is right around the corner. I am getting older folks. Soon I will be taking medical test that will make me cringe. While I am not nervous about being a single 40 year old man, I think about being in a whole new category. But, that is 3 years aways and thus I cannot think about this right now. I do think that age is a dirty three letter word. I just thank God that I don’t even look 36!

I will say that I do miss many things about being in a relationship. But, I cannot use that as a reason to be with anyone. Dating is still something that I am apparently not that good at, so I guess I will have to get better at it. Perhaps it is something I need to put into my routine because Lord knows I got flirting down to a science.

I wont give a time frame on anything when it comes to finding anyone. I want to be able to be with someone because I want to there rather than feeling that I need to be there. I have been in that place where I felt I need a woman when clearly I do not.

Even Superman has a fortress of solitude.

3 thoughts on “Lonely is a Dirty Word”